Imma just start calling show creator Courtney Kemp by her new name – The Undertaker.  This mofo’n lady killing folks off like flies!  Now go grab your fancy internet boutique dress and your MKMKMKMKMKMK Kors bag and pull out ya baby daddy’s oversized court suit.  Sign the book, take your seat, have a swig from your flask, check your Facebook and let’s start this funeral. Share ya programs, cuz I done ran out.

Could be me, but shouldn’t Ghost have been a wee bit more terrified when a man he thought he killed rolled up on him in broad daylight?  A gasp or something, at the very least.  So Kanan pulls up with the gun, forces Jamie into the car and reveals that he and Jukebox have Tariq and are holding him for ransom.  Ghosts confesses to Kanan that as a newly freed man, he has no money.  Kanan lets him know it’s gonna be lights out for a lil nigga if he doesn’t come up with that bag.  So Ghost thinks of the one person the audience has been thinking of as a resource the entire time: Tommy – he wants to rob Tommy’s stash house.  Kanan remarks glibly at Ghost’s betrayal of yet another friend…he doesn’t think much of Jamie and rightfully so.  Jamie is a piece of shit at the end of the day.  Anyway, the robbery goes off with only one hitch (turn to page 7 of your programs) and the money is theirs.  En route to Tariq, Ghost kicks off one of his “remember when” convos and I guess that shit worked. I don’t know what memory a nigga could conjure up to make me forget he sent me to jail for ten years, tried to burn me up, and basically fucked my life, but hey….Kanan surrenders his gun to Ghost, who should have shot him in the face right then.  They French kiss then decide to take Juke on together. They enter the crib and find she has a gun to Tariq’s head.  Ghost makes a false move and reveals his piece and Juke knows she’s been betrayed.  She delivers a standard issue villain monologue and Kanan counters with a standard issue death row confession, including the admission that he killed Shawn.  She begins to “talk too much” according to Kanan, and he shoots her in her chest.  He grabs his money bag, bids Tariq an un-fond adieu, and walks out the door, alive and well enough to return to kill Ghost another season.

Our boy is here in the City of Wind! He is here to meet with the “Chicago” in “Chicago is pleased” – Jason Mitchitch, er, Mistich, er, Mistych, or whatever, sounds like something you catch on your feet! Rimshot! Y’all, I didn’t even know it was a big boss, let alone a regular old white one. Didn’t see that coming. I thought all dope dealers were black! He tells Tommy he wants him to be the boss of America, and all he has to do is cut all ties with Ghost.  Tommy bristles at this, but agrees.  Jason insists Tommy stay around so they can get it in Chi-style.  Later that evening, Tommy is sitting around holding court with Jason and his gaggle of hoes, telling unfunny stories and copping to murder – Milan’s murder.  This confession elicits a wide-eyed exchange between Jason and one of his henchmen, so we know some fuck shit is coming.  Upon leaving the spot, Tommy is thrown in the trunk and driven out to a hole in the ground – bound and tied on his knees. Just then, Petyr appears and tells Tommy “nah nah boo boo, you killed Milan, now Jason’s gonna kill you!”  Tommy reasons with Jason that Petyr is lying, that he told Tommy the hit on Milan was sanctioned by Chicago, and that Petyr is playing both of them.  Out of nowhere, Tatiana, Milan’s ex, that is still alive for some reason, arrives and tells Jason that he should trust Tommy. Petyr gets the bullet and a nice resting place next to Nicky Santoro (turn to page 9 of your programs). Now off his knees, Tommy cracks a joke to Jason, and heads home to New York, but decides to make a pit stop in Ohio.  He pays a visit to Holly’s uncle, who molested her starting at age 9.  The unsuspecting scumbag is showing Tommy a house he has listed and soon finds himself on the business end of a bat that was just conveniently laying around.  Unrest in Hell, Uncle Molester.  9 year old girls don’t ask to be hurt by those they trust.

Well damn. Looks like Julio doesn’t have to worry bout being disrespected by his primeras or anyone else for that matter.  Having seen Dre talk to Kanan the last episode, he confronts him.  Dre triple talks his way out of the situation and plays him like a chick that confronts her manse over some shit she found in his phone only to have the old “I CANT BELIEVE YOU WENT THRU MY PHONE” shit pulled on her. He quickly switches the issue from Kanan to Cristobal.  He positions Cristobal as the loose lips that will sink the ship and tells Julio that he needs to be replaced, and wonder of wonders, Dre has the perfect replacement!  Ever the lapdog, Julio wants to run this by Tommy, but Dre convinces him to finalize things with this new primera, then go to Tommy with a problem that already has a solution.  Julio agrees.  Bad move Julio.  Dre leaves the meet and sets up another meet with Cristobal and El Toros Locos Dude, where he offers them Julio on a silver platter – his only request being that it does NOT appear to be a gang hit since Ghost negotiated for Julio’s freedom.  Later, Julio arrives at the meet to find the men sent to kill him.  It turns into a 3 on 1 situation and our Latin lover MORE than holds his own, until he wants to give his “I WIN” speech before anyone is even dead.  He gets that part of back of your ankle that is impossible to scratch sliced and is now on his back.  Locos Dude kneels over him and cuts his gang tat out, which shouldn’t be a dead giveaway, right? We then are treated to the sight of our manse crawling to his last breath (page 3 on your program).

We are halfway thru the season now, Myalogists……How do we think this here fits in? 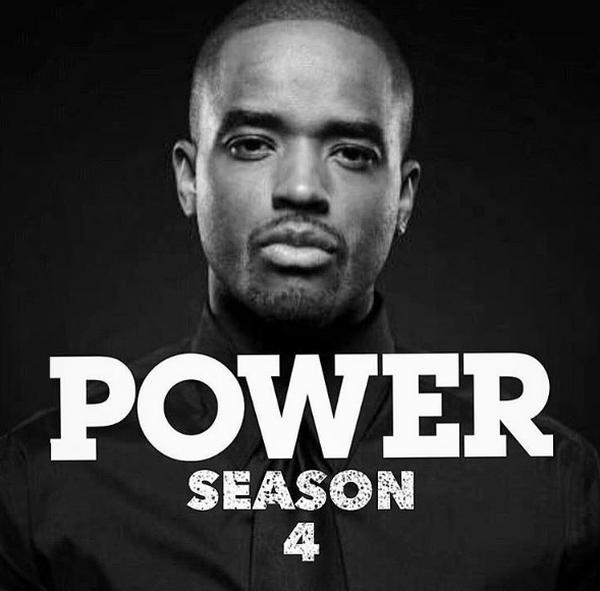