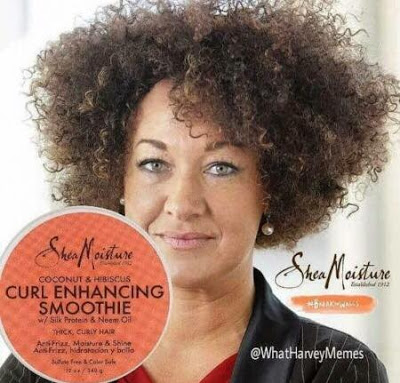 MyMedialogy on WVON: Shea what? Shea Who?

Black women and y’all hair.  I swear. For the past week or so, there has been yet another controversy swirling around the value of black folks as consumers.  Not a new concept, right?  Nivea and Pepsi come to mind as recent offenders. But now a … 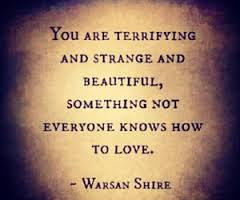 Let me start this off by issuing the following disclaimer: I DO NOT KNOW WHAT HAPPENED IN ANY OF THEIR RELATIONSHIPS.  I ONLY KNOW WHAT THEY SAID AND WHAT I SAW. This past weekend brought news that Janet Jackson and her kabillionaire husband were parting … 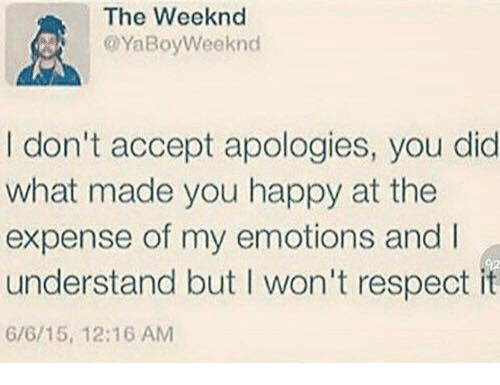 Sorry You Are Sorry

A couple of weeks ago, my friend Gee and I got into a brief debate after The World’s Dumbest Brain Surgeon (WDBS) called slaves “immigrants.”  Gee felt that an apology should be forthcoming (it was).  I felt that WDBS should cock open his mouth so I could take a shit on him and his apology.  I’m a firm believer in people not apologizing for how they honestly feel in their hearts of heart. Stand on your word, so I can know where I stand with you.

There are things you should apologize for; stepping on someone’s foot; smoking the last of their good good; throwing scalding hot water on your youngest cousin as he bathes after he does the same to you, only with cold water.  (Im still sorry bout that, Bran) But society seems to thrive on the type of apology WDBS issued, something insincere and unnecessary.  Does he know slaves weren’t happy immigrants?  Probably.  Even being one of the worlds dumbest brain surgeons, I gotta believe he found time to get in one history class.  Did he still say it? Absolutely. Which is why his apology is baseless, unwarranted and not accepted – at least not by me.

This comes to mind today as my tribe was given the biggest unwanted assed apologies from folks that should know better, and I’m not even sure whose was worst.

By now you have heard or seen that heinous ad small letter p-epsi put forth for the world to see, starring  Becky Du Jour, Kendall Jenner.  If not allow me to recap.  KJ or whatever superhero she is playing in this commercial is shooting an ad (yes inside of this ad).  She is donning a blonde wig and the reddest of lips.  Suddenly a protest march passes by her shoot.  A young ethnically ambiguous man gives her the come hither nod, so she whips off that wig and wipes off that lipstick, finds the fugliest mixed media denim suit she can find and joins the fun! She sashays her non Kardashian sized ass thru the crowd, being photographed by a smiling progressive Muslim lady with a nose ring, when some kind soul hands her a blue can.  She smiles broadly as she walks up to the police line.  She offers the can to Generic Brown Officer, he nods, shrugs and accepts it. She returns to the cheering crown triumphant that she has now solved racism.  Man please.  This fuckin commerical is wrong on so many levels, I barely know where to start.  Oh wait, thats a lie…the fact that it seems to be a play on the iconic photograph of Ieshia Evans, a black woman standing strong in the face of the police while protesting YET ANOTHER murder by cop in Baton Rouge, LA. Predictably and understandably, my tribe was not pleased.  And because we are the driving force behind twitter, we let that shit be known.  You know who aint give a fuck?  Small letter p-epsi.  They released a statement to the almighty Teen Vogue that read:  “The creative showcases a moment of unity, and a point where multiple storylines converge in the final advert. It depicts various groups of people embracing a spontaneous moment, and showcasing Pepsi’s brand rallying cry to ‘Live For Now,’ in an exploration of what that truly means to live life unbounded, unfiltered and uninhibited.” They then doubled down on that with a statement to Ad Week that read: “This is a global ad that reflects people from different walks of life coming together in a spirit of harmony, and we think that’s an important message to convey.”  Which translates to:  Hey Blackies!  You’re feelings hurt?  Your bad.  Stop making everything about you.

But no fear, I guess the same white liberals that now wear pink hats and the men that love them, must have found some gluten in small letter p, because the outcry was finally heard, and they released yet another statement saying: “Pepsi was trying to project a global message of unity, peace and understanding. Clearly we missed the mark, and we apologize. We did not intend to make light of any serious issue. We are removing the content and halting any further rollout. We also apologize for putting Kendall Jenner in this position.”

You know the one company that was likely VERY happy about all this?  Nivea?  Yep, that shit your mama slathered you in when the petroleum jelly ran out.  That shit whose smell is likely permanently seared into your nasal passages – the one that evokes hospitals and white rubber shoes. What they do you ask?  Well……not to be outdone by small letter p, they released the most ridiculous ad you have seen since the last one.

I mean I know Nivea is a German company, but damn.  This is whiteness on a WHOLE other level.  No Vaseline level fuckery.

What in the stankin fuck is going on in ad agencies right now?  My career in PR and Advertising is long behind me, but there’s no way I’m accepting the fact that ANY ONE, thought this was a good idea.  What ever happened to focus groups?  I’ll make the same assertion about these ad execs as I do Trump voters, ya either racist or ignorant or both.  White is purity, yall?  Really?  I mean I know the law enforcement agencies have been infiltrated by white racists, and I been knew that Madison Ave wasn’t here for us either, but they getting super bold with the bullshit.  And this aint even specifically targeted at my tribe, but what of the other persecuted group of people who saw their family and loved ones murdered at the hands of the Germans?

Once again, we made ourselves heard and got the following:  “We are deeply sorry to anyone who may take offense to this specific post. After realizing that the post is misleading, it was immediately withdrawn.”

WHO WOULDN’T TAKE OFFENSE TO THIS OTHER THAN YOUR COMPANY AND WHITE POWER ADVOCATES?!  MISLEADING?  WHAT THE FUCK IS MISLEADING BOUT WHITE IS PURITY?!

Know this, tho, small letter p-epsi, nivea and who ever else want it…twitter, and social media in general, is the great equalizer….and we, the easily hurt, the oppressed, the ones that keep forcing your hand – we run that shit. All I want you to do, is not apologize.  Again, stand on your word, so I know where I stand with you.

And one more thing on bullshit assed apologies…..

A couple months ago, I wrote about a piece of shit talk show host who was getting top honors from iHeartRadio.  This human embodiment of raw sewage had a segment on his show called Chicago Crime Report, or something equally clever, where he and his listeners played a game where they guessed where on their bodies Chicago victims of gun violence were shot.  FUNNERS!  After news of his award went national, this garbage assed piece of shit issued, ALL TOGETHER NOW, an apology.

“I read some comments that people had posted, that I was mocking crime victims. And my immediate reaction is, ‘You’re stupid, you’re dumb, you’re criticizing me — I’m not going to listen to you.’ But I sat down with my wife and we read through them, and I realized I could see where somebody would say that. It would come off, ‘You’re right. That is a valid criticism,’ and I have thought over that a lot in the last week. It bothered me a lot. And we decided that we would discontinue that segment, as much as we think it’s important to highlight the problems of crime. And I also wanted to apologize because some people took the time to post to me that that bothered them and why — in very thoughtful comments — and they deserve an apology. And I have to make better decisions with the words I use. We’re still going to have fun, we’re still going to make our point. We’re still going to be passionate. But we’re also going to be human too.”

Yeah, Trash needed to read comments to figure out that mocking the abhorrent conditions that some Chicagoans live under is wrong.  POOR HIM. Don’t y’all know all we need is a little understanding? A come to Jesus moment?

And guess what?  Not ONE month later, this asshole says he misses his segment.

Apologies are like some assholes.  Fuck’em….with no vaseline, or Nivea.