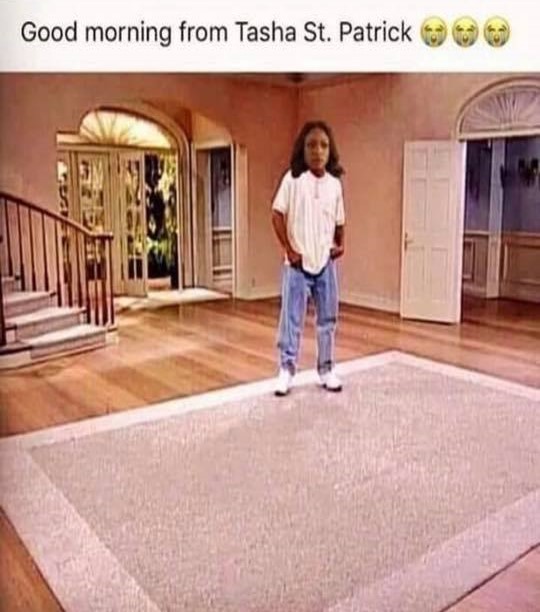 Editors note:  Today’s featured image is all things to me…so much so in fact that I used it instead of my regular Power photo.

Listen, I know Im deliquent with these recaps, even skipping some weeks here and there, but cmon…yall watching what Im watching….you get it. It doesnt really inspire me to be on time.  However, yesterday I got a note that I was fucking up and that of the five of you that read this, two of yall really really be looking forward to it, so I will do better.  This week, in my estimation, belongs to the ladies, so that’s where my focus is gonna be.

The Gospel According to Angie

Everyone’s most hated federal agent was dropping some dimes of TROOF, along with her draws this week.  Some of my margin notes include: “When people are in love they make bad decisions.” and “We’re not girlfriends exactly.” and “I was prosecuting criminals, now I am one.”  DANGEEEEEEEEEEEEEEEER! Who knew you were so self aware Angie, when you been running round doing horrible shit for years now.  I guess your awakening is better late than ever for you.  But even as she sees her situation with Jamie so clearly, she doesnt seem to grasp how much fucking shit she is in at her job.  She is in shit up to her eyelashes. She has shitlashes. It bears repeating weekly that the ONE phone call she missed from black lady fed boss was enough to turn her against Angie and the rest of the dicks at her job are oh so ready to feed that betrayal.  Last week, as black lady fed boss was telling them to wrap all this shit up, Saxe ran in with a piece of paper that connected every dot…I dont know what was on that paper, but seems kinda flimsy that as much as Angie was covering her tracks, one piece of paper was out there floating around to fuck her to all be damned.  So the feds, instead of suspending her/arresting her on the charge of logging in under black boy cops name to destroy evidence, are letting her flit around and think that finding Mak a new job is the end of her troubles, even tho black baldheaded fed told her literally to watch her six, cuz Angie…you is in danger girl.

The Hand of Con

Did Mrs. Teresi come thru this week for everyone or did she come thru. Firstly, we find out she is a supremely decent woman, like many long suffering wives.  She has been seen on multiple occasions asking Tony not to flip on his son, to no avail.  She also tells her husband she not only knows about his affair with that AK47 of a woman Kate, but she knows and has always known that they had a lovechild.  This admission rightfully earns Tony the title of this section – a smackdown from the Hand of Con.  I live to see a wrong ass nigga get slapped…sorry but it warms the cackles of my dark heart.  Actually Im not sorry bout that.  I LOVE THAT SHIT.  Connie was right on time as she sat down to dinner with her boys and suggested a BRILLIANT strategy for Tommy’s new money laundering bidness – an ambulance business.  Tommy eyes lit straight the hell up at that before a cloud of doom started to gather.  After being dissed by her son earlier in the day for his new daddy,  Kate made a beeline to the Teresi home like a jilted baby mama who “find my iphone”-ed her baby daddy to his new booty’s crib. She banged down that damn door and rushed in to find them having a straight up Father Knows Best dinner and she was NOT here for it.  She tried Con…tried to tell her that she was tony’s dip and tommy was his kid, but our Con already knew that.  Strike one. Then she tried to go the “this bitch” route, but I submit that Connie knows she’s a bitch and she wears that label like a badge of pride.  Strike two.  Then she tried to appeal to Tommy and Constance Mary Constanza Theresa Teresi told her to stop talking to HER SON.  STRIKE THREE, YOURE OUTTA THERE.  Literally…they threw her ass out the door after that one.  Ouch.  Connie….I hope Cancer knows what its up against.

The Last Seduction of Tasha

Tasha…poor, poor Tasha.  Unlike the long suffering Mrs. Teresi, her misery hasnt made her sharper, its dulled her.  Smarting from finding out Angela was the one that found the bullet at Ray Rays, Tasha comes home and announces to her husband and their girlfriend that her man, Silver, loves her more than her husband of at least 16 years ever did.  LOL WHAT? Okay, girl but Ill let you tell it.  She tells Planmaster J and his Latinx bed wench that she dont need any further machinations from them and the man with the plan is her man.  She’s gonna go to him and have him cover all their asses.  So off she and her box bounce, and Silver told her eff that noise.  GET YO COAT WE IS GOING DOWN TO THE POLICE.  After being accused of covering for James cuz she still loves him, she tearfully confesses that Tariq is the shooter and she’s just trying to protect her young black man of a son.  For an attorney, I swear that Silver is daft.  Just go to the police Tasha.  He wont get slammed.  You milk dud headed moron, HE KILLED A COP.  He relents and agrees to help her and Tasha then uses one of the few weapons in her arsenal and fucks him into complete and total submission.  Never one to let anyone do anything them damnselves, Jamie later springs into action.  He tells Silver that he knows he been fucking his wife and he better show up for her. Silver tried to play it tough, but Jamie lets him know whats what. Later that day while lunching with Tommy’s new boo Keisha, Tash gets a text from her man asking her to come by cuz he has something to show her.  Keisha thinks its dick…we will soon find out its something else entirely.  After knowing who this woman is married to, the shit she’s been thru, begging her to move in with him, who she is, who her son now is, this man invites her to his home to show her…..that he aint the one.  Everything is gone in his apartment except a subpoena and a jack berger style (google it) post it note saying “im sorry”.  I DIED.