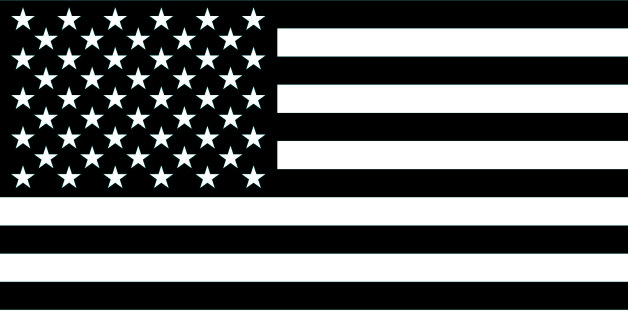 An entry or ten ago, I wrote about how rage-filled I was about the new show from the Game of Thrones production team.  Following the success of The Man in the High Castle, a show that imagines if the Nazi’s won World War II, those Games of Thrones sonsofbitches, along with two black folks they trotted out in an effort to squash the ensuing outrage, are bringing to HBO a show that imagines that the south won the Civil War and slavery still exists, Confederate. FUNNERS!  Let’s watch a show the re-imagines the darkest part of our history that some think we should just get over! Can’t think of a better way to spend a night of tv watching.  Damn, I lied again.

There is a show that takes us back in time and asks us to look at that period through a different lens, a lens that shows what life would have been like for us if we got that forty acres and ol’ Bessie as we were promised, and this show, my dear Myalogists, is BLACK AMERICA. This show takes place in current day America, with free black people owning Louisiana, Mississippi and Alabama, meaning the rest of the country is in nuclear winter, cuz BLACK PEOPLE KEEP CREATING IT AND OTHERS KEEP ON FAKING IT.  Black America is coming to us on Amazon via the creative team of Will Packer and Aaron McGruder.  Did you wet yourself a bit?  I did.  The powerhouse of Packer is enough, but anyone that ever read or watched The Boondocks has GOT to know that McGruder is gonna be the real difference in this show.  Left alone to his own devices, the comic strip FAR outpaced and outsmarted the show, which is saying a lot – cuz the show was incredibly brilliant and subversive.

A more detailed description of the show from Mr. Packer’s interview with Deadline:

“It envisions an alternate history where newly freed African Americans have secured the Southern states of Louisiana, Mississippi and Alabama post-Reconstruction as reparations for slavery, and with that land, the freedom to shape their own destiny. The sovereign nation they formed, New Colonia, has had a tumultuous and sometimes violent relationship with its looming “Big Neighbor,” both ally and foe, the United States. The past 150 years have been witness to military incursions, assassinations, regime change, coups, etc. Today, after two decades of peace with the U.S. and unprecedented growth, an ascendant New Colonia joins the ranks of major industrialized nations on the world stage as America slides into rapid decline. Inexorably tied together, the fate of two nations, indivisible, hangs in the balance.”

Today, after two decades of peace with the U.S. and unprecedented growth, an ascendant New Colonia joins the ranks of major industrialized nations on the world stage as America slides into rapid decline.

Does this mean black folks gonna be on tv winning while our oppressor gone be losing?

And if you need any further cajoling, here’s Will sharing his sentiments on slave-based entertainment.

“Slavery is far too real and far too painful, and we still see the manifestations of it today as a country for me to ever view that as a form of entertainment.”