Myalogy, First of Her Name, House of Nope 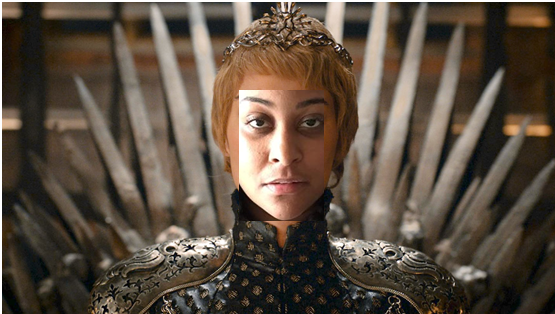 Inevitably, Myalogists, that which I love will always make a fool of me.  A couple of posts ago I wrote about my love of HBO and how they were loving on black women – just a passing them out shows left and write — HEY! I typed that accidentally, but it fits!  Write is Right!  Ahem….Anyway….to make a long story short, HBO done made a fool of me.

Right on the heels of the show that is inexplicably (to me) roundly adored, Game of Thrones, the creative team of David Benioff and D.B. Weiss have decided on the next blockbuster show to bring to HBO….and I know A LOT of you will love it!  Why?  How do I know?  Well just listen up!  The next show is called Confederate, and it is set in an alternate reality where the South won the right to secede from the Union and maintain slavery!  Funners!  See the official press release below. 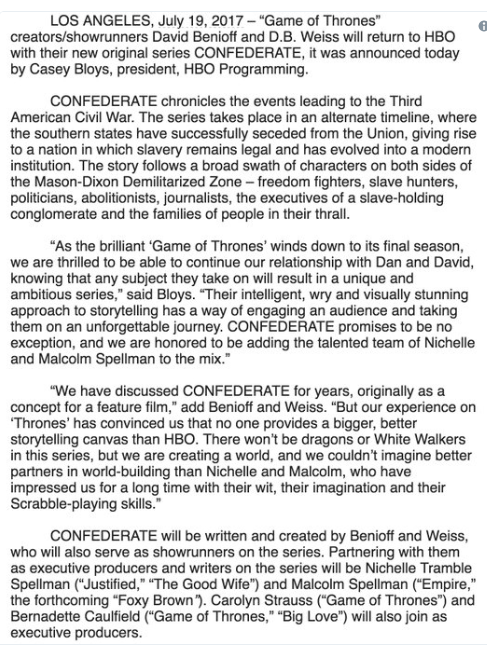 Executives of a Slave-Holding Conglomerate?!

You know who I blame for this fuckshit?  YOU.  Maybe not you.  But definitely you.  The one that utters the following trite phrases:

This story needs to be told!

This is a must see!

Yeah…y’all love that slave shit.  Every time one of these movies drops, people support the hell out of it.  Me?  Hell to the Nawl. Nope.  12 Years a Nope.  Birth of a Nope. Nopederground.  I’m not here for it.  When it comes to the brutal reality of our history in this country, those that know, know.  Those that don’t, don’t care to know.  To have our misery splayed across the screen weekly for years? NOPE.

Benioff and Weiss are banking on a the idea I learned from another HBO show, The Sopranos: no one ever went broke underestimating the taste/intelligence of the American Public.

And as history has shown, the team behind Game of Thrones will likely soon have another hit on their hands.

Me?  I’m waiting patiently for this to (hopefully) make it to the airwaves:

If you haven’t heard of Forty Acres, do yourself a favor and buy it here.  It’s a slave story, but not the one you think.

The first page of the script has just appeared on the internet and its EVERYTHING you knew it would be. 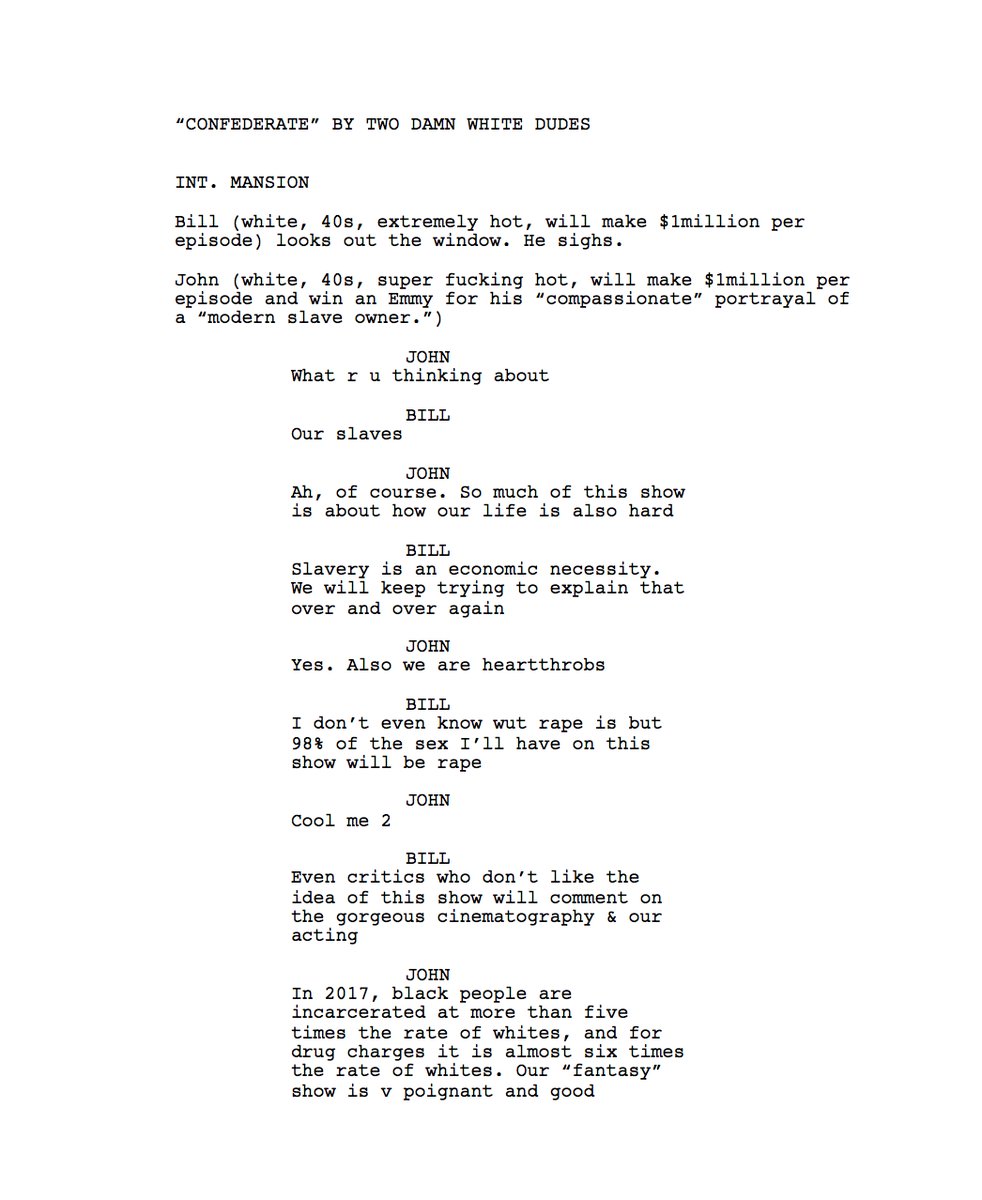 1 thought on “Myalogy, First of Her Name, House of Nope”