Ladies, in your Twenties, Run the World, so you don’t end up in The First Wives Club 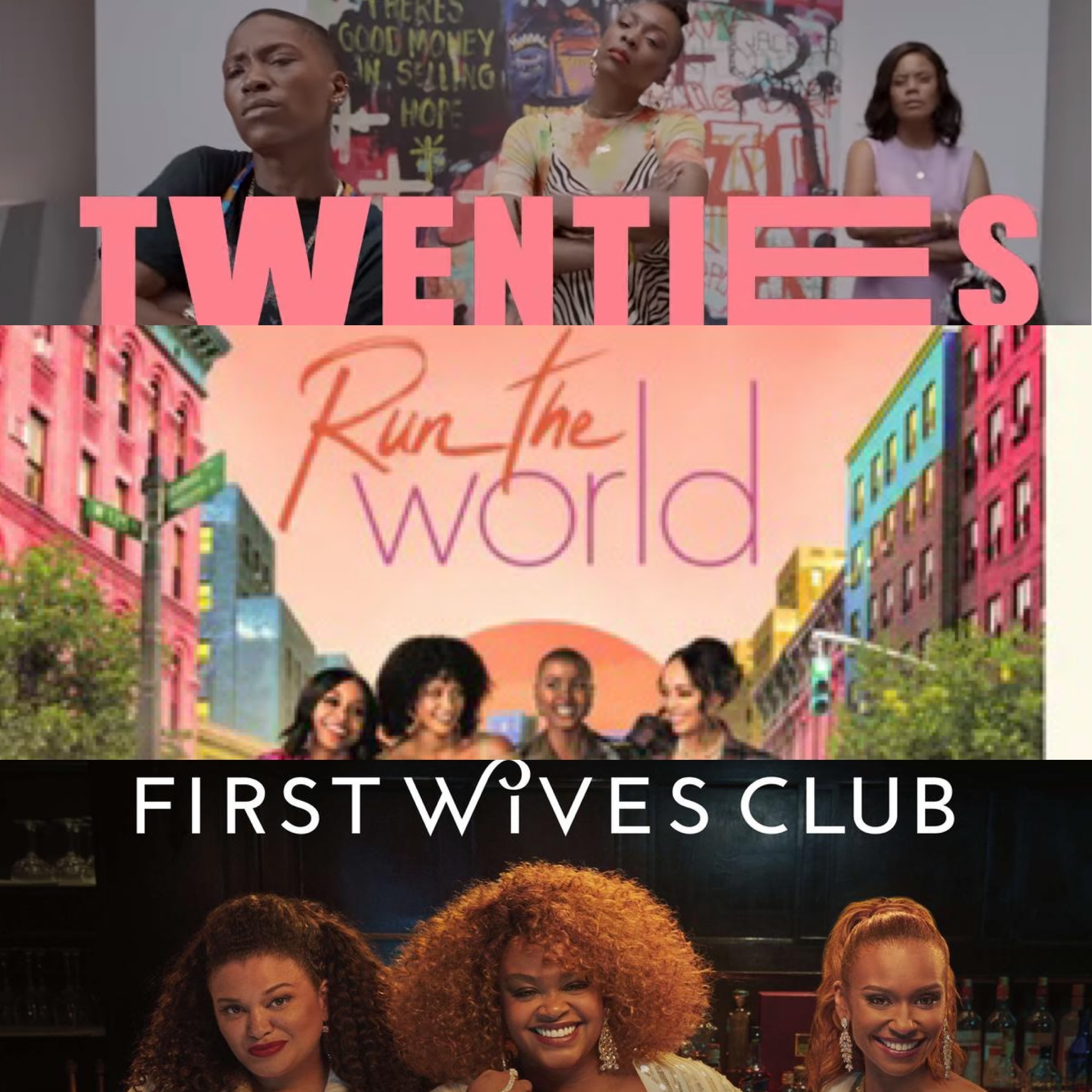 mannnnnn, if I aint a writer, water aint wet.

So some of you, meaning anyone that knows me, knows I LOVE TELEVISION. Music is great, but have you ever had the rusty anchor episode of the golden girls come on after you arrive home post walk of shame? thats some good living right there.

my fellow teevee freaks may have noticed me drop not one, not two, but three of the dopest women driven shows Ive ever seen in the title up there. Twenties, Run the World, and The First Wives Club ate up so much of my time recently. They all focus on everyone’s favorite – BLACK WOMEN. Black women working, loving, living, laughing, losing, gaining, you know just being human in different phases of their lives. My Twenties girls are, well, in their twenties, doing twentyish shit like getting evicted and getting cheated out of orgasms and trying to figure it out. My Run the World girls are a bit more savvy…im thinking 30s….situated in careers, if not in love, and definitely not missing no nuts. And The First Wives Club, well them bishes old…life is certainly settled in many ways but tell God ya settled and watch him work. The thing that I love most about all these shows and what they all have in common that they feature, not black women, but women that are black. a distinction if not a difference. Im not being beat over the head with their blackness, which is gloriously still, thru their style, their lingo and their worldview very obvious. Let’s dig in…..

TWENTIES (Wednesdays, BET) – loosely based on Lena Waithe’s ascension in Hollywood. It’s centered on her, in this case, a lesbian chick named Hattie, her single free spirited pal Nia, and her married serious friend Marie. Hattie ends up working for – thanks to Marie – who I believe is Yvette Lee Bowser, after floundering around and thus starts her career in Hollywood. I swear, if you dont see a sminch of yourself, in one of these chicks, ya lying. There is a joke about Hattie being violated by a dentist after getting evicted that legit made me laugh out loud. Plus, the sporty side of me is here for all of Hatties fashions, think: tees bauds and rees. In fact one of her pairs if pants had me running to my trusted fashionista, C-Line from the 9, to hunt them down. found them, ordered them, they never arrived….to china, from mya and America, eff you. But to Lena, a huge gratitude from me to you for sharing your story…we still need to talk bout some other projects of yours tho…..

Run The World (Sundays, STARZ)- now I just said this about no blackness, so I AINT gonna call this a black version of a white quartet that we all lived for in the early aughts, but……the city is the same, but the vibe aint. This one is about 4 chicks, Ella is a blogger/writer like ya fave – MOI, Sondi is a post graduate candidate in a relationship with her professor, Renee is a pistol, who just kicked her wasband to the curb and Whitney is a uber successful bidness woman who feels trapped by her relationship with her uber good dr fiancé. When we first meet them they are all about to hit a state of flux….all of them are entering a season of change, which anyone near my age can relate to. Add Erika the Great Alexander to the mix as Ella’s editor….and get ya bat and yall ball cuz thats a hit. Editors note: my uncle said that lame line to me bout twenty years ago and I cringed for him like you likely just did for me. but eff yall.

The First Wives Club (Streaming, BET+) – based on the movie of the same name. Jilly From Philly is megastar on the decline, Hazel E, married to an unscrupulous man who manages her while attempting to manage someone else. He cuts her off financially and she has to move in with Surgeon Bree, who kicks her too nice husband to the curb after he cheats on her after she neglects him. Rounding out the trio is Ari, a former high flying legal eagle who puts her dreams aside to help her husband launch his political career. All of them are buoyed by Hazel having to push the reset button on life and some serious hijinks and low moments ensue, while on a quest to avenge hazel and live their best lives.

All three of my shows have some familiar faces in the casts, and all of them feature music that will make you bop ya head and wicked smart punchlines and writing. AND THE FASHIONS, OH SHIT THE FASHIONS *GMONEY VOICE* Sometimes you will laugh, sometimes you may drop a tear or two over a scene that strikes a little to close to home. One thing is for certain, all the creators had both their bats and balls…..too soon?