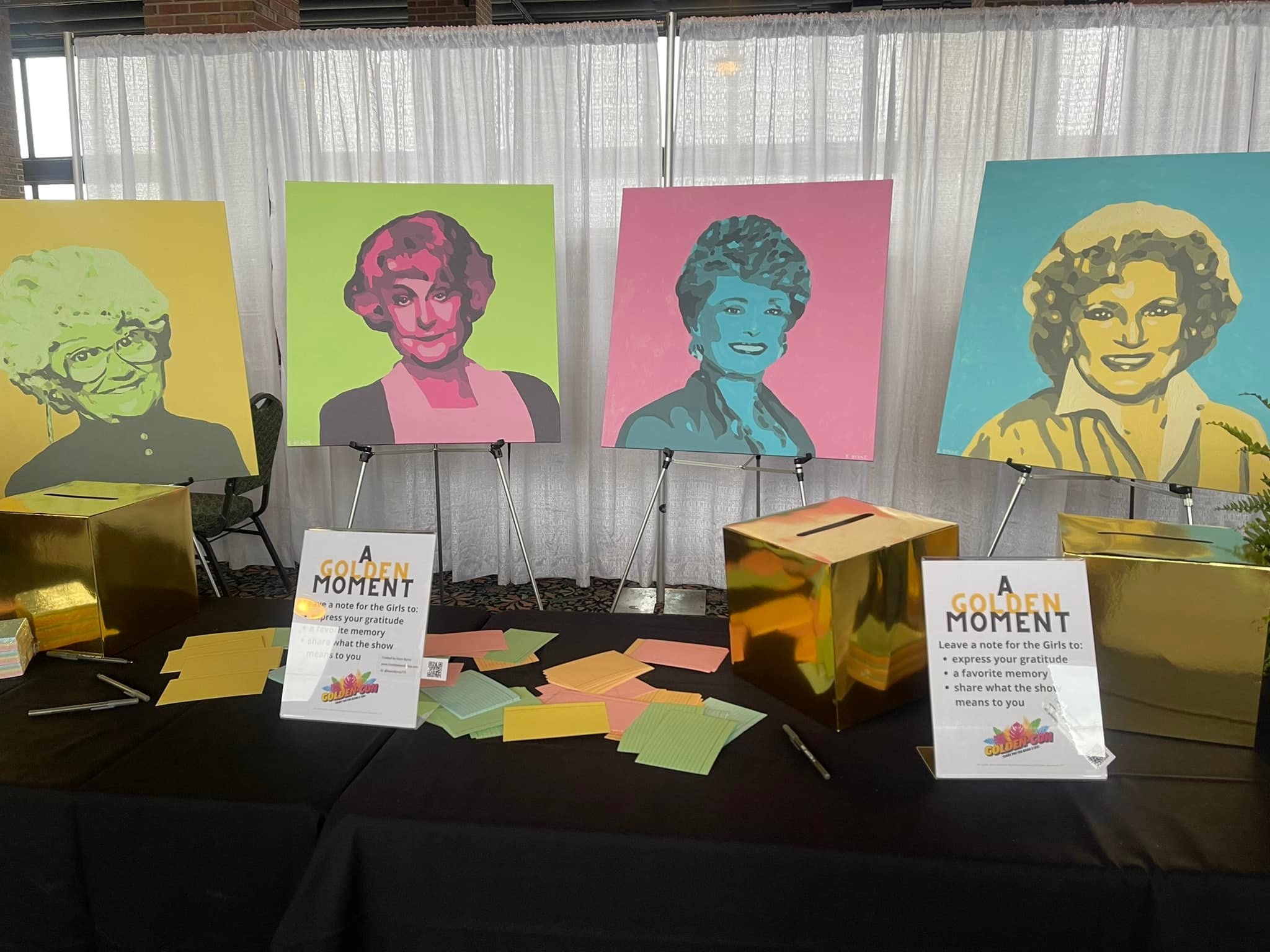 So those of you that know me, KNOW how much this shit here meant to me.

This past weekend, I attended the first ever Golden Girls convention – Golden Con: Thank You For Being A Fan. From the moment it was announced, I knew I was going to be there….ended up buying an early bird ticket back in February and sat back and awaited all the golden greatness that would soon be thrust upon me.

The Golden Girls was and remains an integral part of my life. To experience jokes as child, then a teenager, then an adult and now damn near a peer is not an accomplishment affored many television shows – but the golden girls is damn near in a class by itself when it comes to being as pervasive in the culture as it is. What’s especially mind blowing to me is how it addressed the same major social issues that we are still dealing with today: AIDS (rose), Drug Abuse (rose), Racism (dorothy), Same Sex Marriage (blanche), single mothers (blanche), immigration (dorothy), ageism (rose + sophia), sidechicks (blanche + fidel + sophia -lol) hell, even something I think we all must have or have had at some point: Chronic Fatigue Syndrome (dorothy)! I honestly believe that at least one episode of it spoke directly to what a viewer was and is going thru – then and now. Thats a span of almost 40 years…if not 40 already.

So yeah, I rolled up to Navy Pier on a preternaturally warm spring day in this city of wind and gangstas and promptly smiled as I was greeted by these chicks.

As I walked further in the hall, i checked in with registration, got my “cuter than an intrauterine” (live nakers respect it) one day pass. Looked to my right and saw the very welcoming sign:

Looked around further and saw the main hall where speeches and keynotes were taking place. Moving on…..but before I do, let me tell you, the organizers of this event, left NO stone unturned….the panel of speakers was phenomenal, it was just 80 degrees that day and I had zero desire to listen to lectures…I was ready to get into the game!As Im walking around in my black ass jogging suit, Im starting to feel bad. I mean some of these people were serious!

So I made it my mission to find the vendor area and at least throw on a tshirt or dorothy wig or something…..up the stairs I go, to get greeted again by this beautiful assed sign.

Walked around a bit and asked the security guard what that long assed line was for….she told me “the couch was on the other side of the wall” LAWD. JESUS. Just then I heard “Mya!” and turned around and saw Cuzzin Beth, who was two people from the front of the line. The folks shot daggers of hatred from their eyes as I embraced my dear sweet cuzzin, and promptly cut them in the line.

So we get to the front of the line and it happens.

Im euphoric at this point and we, Me, Cuzzin Beth and Beth’s REAL Cousin, finally make it over to the vendor area and its cool….a makeshift bar, with drinks named after our girls, a fan vendor, tshirt vendors, book vendors and then I saw this pic.

Well knock me over and call me judy. (i dunno, no idea what that means). After being serenaded and hugged (hey covid just ended huh, cool) Aaron, we got a few paces down and there was the sight of the consumption of probably 400 cheesecakes, the kitchen set. Man lissen……

So after that buzz wore down, Beth correctly asserted that being there was like being at coachella, nice and enjoyable, but there for the pics if not the music. I had to agree. As much as I loved being there in that world and feeling the love from other fans, I learned something about myself. Im just a true, blue fan, not a superone. I have no desire to hear how the actor that played Gil Kessler felt standing next to Rue McClanahan but I do know that Mr. Kessler was born Anna Maria Bonaduce, mild mannered housewife and part time stenographer.

Thanks for everything Zack and Brendan, it was Golden. <3