Inmatesanity: Stories of Love and Lockups Let’s do some Love After Lockup, shall we? Where to start…where to start? We a couple of episodes into it and like they say, there is no place like home….my sweet home, Chicago.

Monique and Derek: Monique is from what is clearly the WESTSIDE of Chicago, like my good friend Stephanie and old boy that wore the Blue Suit TM with the sleeve tag from a couple of seasons prior. 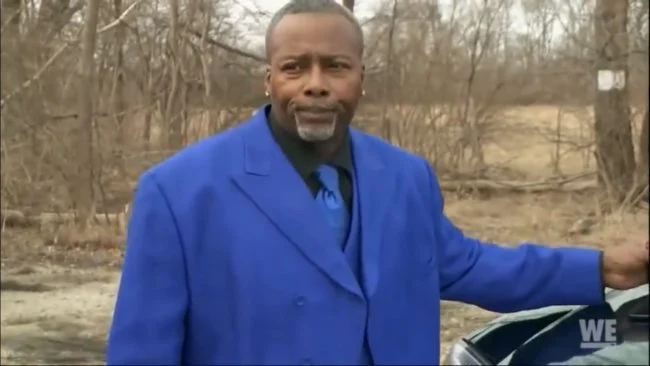 WHAT UP BIG TRICE?!

Ahem, Monique is a plus sized a vet hospital worker and her diminutive boyfriend Derek was one of the biggest got damn drug dealers in New Yo, i mean Cleveland that’s coming off a maaaaaaaaaaaaaybe 6 year bid. She catfishes him, only sending heavily filtered face down pics, that while clearly indicating her size, didn’t fully reveal her actual shape. Lovingly, Derek didn’t seem and still doesn’t seem to mind. A wardrobe full of designer shit couldn’t have hurt things. Nor could a $500 assed dinner tab. Listen, I’ve sat down at the county – a whole 30 hour stretch and all I could dream of was an orange drank from McDonalds – so I get cravings. But this naker here…this naker ordered everything on the menu…lobster, king crab legs, lamb chops, steaks and yall know them sides be giraffe vagine high on them menus. AND THEN had the nerve to tell her to hit the ATM so they can go to the casino. She’s clearly got some insecurities, coupled with control issues and she weaponizes her tears oh and she’s beefing with internet star funky dineva and Derek’s trans sister Elizabeth, who we were lead to believe is following Derek and Mo, as the show went off.

Prognosis: hey they still together currently. So, I’d say the prognosis is pretty good, but the ride gonna be fun.

Justine and Mike: full disclosure, this is my favorite couple of all seasons and its been like 20 seasons of this show and its various iterations. Their relationship seems very grounded in something real and he’s been showing up for her when it counts. Like a lot of families where men aren’t always present, the son becomes the focal point and emotional center and it can prove to be troubling for any romantic interests. NOT THIS TIME. They married while he was in jail and she’s that man’s WIFE. His Mama overstepped at a family party and he quickly got her together. While a bit too precious for me, they dress like alike often – I can’t front on what they showing right now.

Prognosis: he’s a pretty talented rapper/artist and juju aint bout that image life buy like Derek and Mo, they still together.

Aris and Cameron: dudes a daystar sized rapper that loves trouble. She’s a seemingly, nice albeit stupid person that wants to marry a man that got sent back to prison for failing a breathalyzer test while in a halfway house….but yeah, she trusts him to get it right and be an upstanding dude now. Just as long as he doesnt fuck the strippers he’s planning to have at his video shoots. They don’t show them a lot so I aint got much to say about them. He’s a drunk and she makes bad choices in men.

Prognosis: Ive seen pics of the wedding, and they will be on the next version of this show, so lets see how we get there and what follows.

Chris and gabby. Let me just say this once so we can get It out the way. I find Chris to be very unattractive like very…..like couldn’t be more…..like it makes me make a face when I see his face….and hey I may bring out the same emotion in him, but we talking bout me and my perspective is that this dude is very unattractive. Gabby is a kardashian knock off who spent 60k on a bwm, an apartment, and numerous cosmetic surgeries including vaginal tightening, even tho she keeps professin she aint fucked nobody in 5 yrs….okay girl. The 60k came from a lawsuit Chris won against the penal system in NYC after catching a beatdown while in custody. Now he got out, married gabby in a fucking alley, consummated it in a public bathroom, got dropped off at the halfway house, got caught talking to chicks, got abandoned by gabby once he got out before she let him come to the house, where he told her he wanted the box and got relagated to the couch for the night.

Prognosis: flatline . He is back in jail after horrifically beating gabby.

There are other couples whose scenes I forward thru, I may pay attention if things seem spicy….