Powerful Thoughts 6.13 Let it go or Let her go?

Hey Kiddos, we are in the final stretch here, with two episodes to go before Aunt Mary and Zaddy Meth pick up the mantle and give us whatever Courtney Kemp has left to give in Power 2: Book of Ghost. But wait, before we do, …

We’re in this together. That’s not only the title of this episode, but a line that is spoken by nearly all of the characters: Angie to Tasha, Tasha to Jamie, Procter to Jamie and Tommy to Proctor.  Last week, I briefly mentioned the mirrored dialogue in … 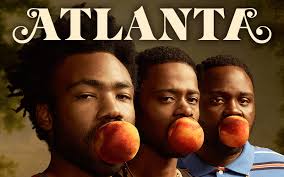 It is your time of year!  When all the awards shows tell you what you should be consuming creatively that you were just too lame to seek out on your own or jump on the bandwagon of when the rest of us cool kids told you to.  (Lean in: listen to The Internet, NOW.)  You  have watched the Globes, saw the brown suit, heard the Migos shout, and his gratitude to the Black People of Atlanta not to be confused with the black people of Atlanta and you wanna be down.  Cool.  Now, the GG’s just aired last night, and unless you are a super geek, you haven’t had time to binge watch.  And if you have had time, you need to get a real job.  Anyhoots, if you wanna impress your white co-workers or your friends on the block who you wanna seem cooler than, buckle up buttercup.  Drop these lines and people will think you are an influencer.

Now, as I titled this, these are the Cleland notes of the show.  You still need to watch.  Drop these obscure dimes, follow up with “I love that show” and get the fuck out the breakroom and away from the watercooler.

Ep1/2 (aired together):  The Big Bang/Streets on Lock

“But why this muthafucka ask to measure Earn’s dad’s tree?  HE CRAZY!

This ep established the wonderfully odd LaKeith Stanfield’s Darius.  He does other shit, like have dejavu about a dog.  Introduce himself to Earn right after introducing himself to Earn and other assorted shit.  But I have never in life heard someone ask someone to measure their tree.  His disappointment at not being able to do so is super endearing.

“Did they subtitle ol boy in the jail, tho? Leben Years!”

Two of the crew finds themselves in jail.  A native Atlien explains why he landed there, which was subtitled for folks that have not spent years of their life in Atlanta.  I knew what he was saying, cuz AUC ALUM, but it took some time before I developed an ear for that twang.

“I wish a muthafucka would tell me I cant order a kids meal.”

Earn and the fast food employee chick that gave the School Daze crew a hard time at the KFC round Mission College (a real location) had a back and forth because his financially challenged ass couldnt afford an adult meal, but wanted a kids meal instead.  She was having none of it, cuz “she dont see no kids.”

Earn takes his baby momma out on a date he cant afford, nor pay for in a scene right out of Half Baked.  If you dont know what “Thurgood” nor “Half Baked” refer to, just stop reading this.  This show is not for you. This blog is not for you.

“Thats the lil boy from Instagram! I love they using real Atlantans on this show!”

Bankroll PJ is a lil precocious kid from Atlanta, who is the type of kid you forget is a kid.  My intro to him was a short vid where he says “We be flexin….”  Well, flex on playa…just keep them grades up like ya mama says you do.

This one is specifically for the ladies, cuz the dudes cant be “tears”-ing over other dudes.  After some straight madcap hijinx to raise Earn some money…..Darius utters the phrase to him and Darius officially has our hearts.

Ep5 Nobody Beats the Biebs

In this ep, there is a black Justin Bieber, a white lady that cant tell black folks apart – even the ones that have wronged her, and enough niggas for a tarantino script, but Darius’ visit to the gun range with a dog shaped target……yall know you cant shoot no dogs.

“That bitch reminds me so much of <insert frenemy name>”

Van has dinner with Jayde, an old friend who we all have and let remain in our lives way past their expiration date.  Man or woman, we all know a bitch like Jayde.

That one is for all my upwardly mobile reefah tokers.

This episode is so chock filled with greatness, its hard to parse out just one thing about it, but remember, you havent seen the show, so you gotta get in and get out.  This one line should do the trick.  Its straight forward, no guesses – there is a commercial bout a Black N Mild.

“Was that the invisible car they was talmbout?!!!”

You gotta say this one excitedly, as this was for the true Atlanta A1 Day1 Peace up Atown down fans…..there was a mention of an invisible car in an earlier ep, which appeared in this ep…or did it?

A drink served at the Juneteenth celebration held in the home of a man that is every white person you know that wants to show you that black lives matter, especially the black life with whom he sleeps.

“He slept in a storage locker, just like Hannah did on Girls!  You know he was on Girls right?”

This will either make you sound like the coolest most aware black person alive or the lamest for watching Girls.  Its a tricky one, but it will show you are a true Donald Glover fan.

…..and fuckin watch the show for Chrissakes.