Them Ain’t For Us 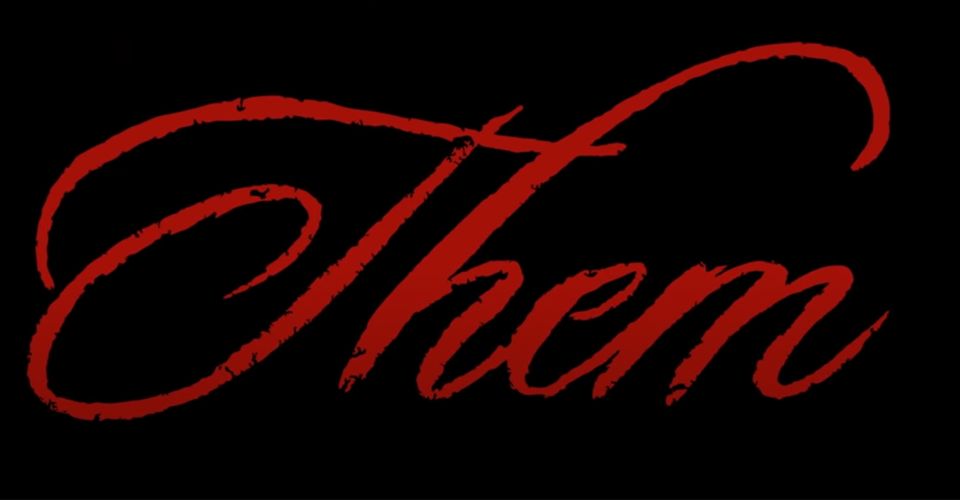 Even tho I watch a lot of tv, as is oft repeated in this space, I purposely avoid things that will affect me adversely. It may come from my background in working in news. I don’t watch hurricane devastation coverage. I don’t watch the lives of black men and women snatched from us on video live streams at the hands of those sworn to protect and serve us and I FOR DAMN SURE DONT WATCH THE COVERAGE OF THE TRIALS OF THOSE CRAVEN MURDEROUS ASSHOLES. I am not coming for, nor shading anyone that feels the need to watch these monumental events in our history. I promise Im not. It’s just not for me. I like my horror and scares on the big (or these days, the small) screen. Freddy Krueger, Yes Please! Lovecraft and that fine assed Michael K. White, Ill have a double order ma’am. Get Out is one of the best horror movies, maybe ever In my humble opinion. So imagine how excited I was to see the trailer for “Them”….its seemed like it was gonna comprise the elements of some of the aforementioned titles. I looked at the sneak peek, not as a knock off, like most of black twitter did. I wasn’t bothered by Dwights being the villain in this movie. I didn’t see another “Us”, I saw something that could be fresh and exciting….Lena Waithe’s name in the credits notwithstanding.

Speaking of horrid creators and the horrid creations they create, Lena Waithe isn’t my fave. Queen and Slim was one of the worst movies ever- ‘cept for Uncle Bokeem. I can’t count the myriad ways that movie depressed my sensibilities and overall emotional state. The things that happened in that movie only happen in movies where people aren’t smart enough to make sane decisions id est going on the run with a Tinder date, who doesn’t seem to like you very much. I don’t like my black folks created by other black folks presented to black folks to be that damn stupid. I realize Im in the minority about one of her other creations, The Chi. I actually like it…but I don’t need my gangs to be the real gangs of Chicago, or for my street names to match….my brain operates on a larger scale than that. Art and reality don’t necessarily have to co-exist. If you think it does, please book a trip to Wakanda thru my travel agency, cash deposits only. NO REFUNDS.

On to the reason for the season….the not so smartly named “Them.” Im not sure what crept into the mind of WRITER AND DIRECTOR Little Malcolm that made him say, “hey, you know what’s not been done on film before? the brutal rape of a black woman who sees her infant child being viciously murdered as she is being violated. Lena pass me my finest ‘I am not my ancestors shirt’ and lets get to creatin!” Yeah….thats not hyperbole….that shit actually happened in easily the worst episode of a horrid harrowing ride to nowhere. I, or someone equally as brilliant as me, coined the phrase “torture porn” and thats being kind to describe this fuckshit here. Rape, murder, some astonishing black blackface, an aborted lynching, some confusing dream sequences, extraneous plot lines take center stage. The only redeemable thing about this show, is the cast – gorgeous and talented tho they may be, they can’t save this drivel.

Them is, on its face, a story about a upwardly mobile black family, escaping a horrific past, by heading west, to Compton, California to integrate a neighborhood. Soon strange things start to happen, aside from every white woman in the neighborhood setting up a desk outside the family’s crib to play their radios all day. (yeah). Supernatural things, which in my mind were a larger threat to the family, whose name I didn’t care to retain, than the white folks, but I guess when you throw everything against the wall to see what sticks, narrative storylines wont matter much. The younger black daughter is plagued by a malevolent force come to life in a book she is reading. The fact that that force changes from man to woman on a whim? DONT MATTER. The oldest daughter hates her mother’s trauma induced personality so much that she wishes to be white, and actually covers herself in white paint, after being befriended by a white girl that doesn’t exist. The mom is suffering the lingering mental effects of her rape and sons murder and believes she is gonna murder her own children, like some other black moms of Compton did before her. And dad….I really don’t know what the fuck was going on with him and his ever present friend in black face, but he does some crazy shit as he tries to hold his family together. And wait a minute, lest you think all the terrible shit was reserved for the blacks in the series, the lead Karen, is so desperate to preserve her whiteness, that she goes to see her wealthy estranged father for a loan to move off the block. Daddy dearest, agrees to finance her move, ONLY after she agrees to let her bathe him. She initially agrees, (LOL WHAT) but eventually decides to flee the scene to only be kidnapped, held captive and murdered by her friendly neighborhood milkman who she runs to for assistance in murdering the black family. YES BOYS AND GIRLS ITS THE FEEL GOOD MOVIE OF THE YEAR!!!

So how does this all end up? FUCK IF I KNOW. The first five or six episodes and I hate to count episode 5, because thats where all the brutality takes place, at least provided a strong narrative. The ending is a clusterfuck of whogivesafuck. The penultimate episode goes into great detail explaining why the black families have such a hard time in this hood but comes very late in the series and is such a tonal shift that I literally skipped it and read what happened. Turns out I didn’t miss much. Its some shit bout a old man in a hat, that turns into the woman haunting the lil daughter, and some shit that some black people did to him or something that made him curse the land and no black person could even live on the land, something that is often shown in flashbacks. When these unsuspecting folks are signing the paperwork to buy these homes, it legit states no one of negro blood can occupy this land – something that is conveniently crossed out by their friendly real estate agents and happily accepted by these bourgeoisie Blacks. Initial here, here and here, Darkies!

By far, the most horrible thing that happens, is Little and Lena deciding that the scene of the mothers rape and murder of her child was NOT enough so they treat us to a second artfully shot helping of it in the finale episode. Thanks guys. Alot and I do mean A LOT of more horrible shit happens in this series, but I washed my brain over the weekend so I lost most of it to retain my sanity and my need to feel normal.

So, im saying all this to say, if you wanna feel bad. Watch this shit.