Dumb Shit on the Internet I Can’t Stay Silent On…..

HEEEEEEEEEEEEEEEEEEY IDIOTS and the people that love and tolerate them!  Y’all have brought me back from my Power ending induced funk with all the dumb shit yall keep posting in my sacred space Facebook.

Im angry and jaded 101.75% of the time, so with those new to Myalogy, please know that while I proceed to clear my heart and mind of the dumbshit so I dont have to speak on it anymore.

These are both vile men.  I’ve met neither in person, thanks to the gods, but damn near every person that I know that has encountered them has said this.  Both are wealthy.  Both are powerful.  Both have been accused of sexual assault; only one is facing criminal charges – the BLACK ONE.  DUN DUN DUUUUUUUUUUUUUUH.  I know….the white people trying to bring him down.  He was bout to buy NBC.  He was ready to make a comeback on NBC showcasing a positive black family.  He was…….the one that brought this shit on himself.  Not content to lead by public example, both the real and show versions of him and his wives were the Obama’s of the 80s, this piece of garbage went on a public tour to talk bout how the very people that support and love him, need to get to pulling on their bootstraps and stop throwing syllables together when naming their children.  AND THAT, blackity black black blackass people, your cute memes nothwithstanding, is the ONE reason why all this has come up.  Dont believe me?  I know its hard and asking a lot, but READ.

and since I know you hate reading….a synopsis.

“The stark contrast between Bill Cosby, the public moralist and Bill Cosby, the subject of serious allegations concerning improper (and perhaps criminal) conduct is a matter as to which the AP — and by extension the public — has a significant interest,” Judge Eduardo Robreno wrote in a memorandum Monday. The documents were released after a request from The Associated Press.

Robreno wrote Monday that the case “is not about the Defendant’s status as a public person by virtue of the exercise of his trade as a televised or comedic personality. Rather, Defendant has donned the mantle of public moralist and mounted the proverbial electronic or print soap box to volunteer his views on, among other things, childrearing, family life, education, and crime.”

Cosby has made himself part of these public issues and therefore has “voluntarily narrowed the zone of privacy that he is entitled to claim,” the judge wrote.”

YA BOY DID THIS TO HIMSELF.  Stop the bullshit.

FUCK OUT OF HERE.  This chick, whether because of abuse, mental illness, drugs, alcohol, lack of talent, lack of attention, being the middle child, or the burden of being a black woman in this world is a SHIT SHOW. Railing against damn near every racial group, ethnicity, sexual preference, gender identity, doesn’t make you free.  It makes you a piece of shit.   I know plenty of free black women, one is the well known sister of a good friend of mine.  She takes internet trolls and opposing cable news commentators to the woodshed, speaking intelligently and truthfully and I havent even seen her crown TRY and slip off her head. She is the epitome of what white people would call problematic, but in my eyes, just strong, capable and intelligent….a threat to this whole entire world and the way it views and treats black women.  This week something happened with this chick and Russell Crowe, just as much of a trash person as Banks, and the black wommins and hoteps CAME OUT.  WHY?  Cuz he called her a nigger?  SHE IS ONE.  You think that bothered her?  She called Zayn Malik a bitch ass nigga.  When you lower that bar, that’s where you give folks persmission to meet you.  SHE ATTACKED MY BELOVED DISNEY STAR Skai Jackson, A BABY FOR CHRISSAKES…a baby that handed that heffa her ass, btw. Now if he choked her, that makes me happy, cuz I aint shit, but that honestly is a problem and he should be locked up for it. This chick bleaches her skin, which gotta be against Hotep and Teptress laws, as well as respectable black folks, unless you Ambi-ing some acne spots, but still we persist in holding this dumpster fire up as some form of black folk hero.  Stop the bullshit.

How in this year of our Lord is ANYONE outside your aged relatives new to Facebook STILL posting that privacy notice?  HOWWWWWWWWWWWWWWWWWWWW? You post your life all over facebook all damn day. Breakups, make ups, job interviews, firings, your calls for your prayer warriors, how wifey got caught up, your kids pics, your grandkids pics, that shitty assed dinner you made bae, them half dead flowers he brought you and now you wanna post a freakin privacy policy?  Like me and my band of petty idiots aint screenshotting every damn laughable dumb ass thing you say and post?  You know the only thing anyone will do with your boringness? Laugh at it…like we do when we send it to each other and snark over it in our secret inbox group.  Are you even remotely aware that due to the language you have no way of understanding, the user agreement you accepted for both Facebook and Messenger, means they pretty much can do damn near anything with those fugly Joe Camel selfies you persist in taking?  They just let you keep your phone…they own everything in it. LMAO.

From an attorney, on the matter:

If you want to protect your privacy just shut down the FREE account on Facebook. You don’t have to say anything.  Oh and the attorney who suggested you do that, you may wish to make certain they are licensed.”

From my Know It All Ass, on the matter: 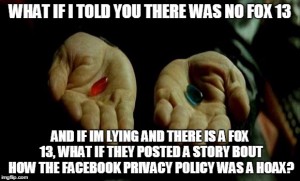 Thats for all my Mensa Members that re-post the FOX 13 version of the story.   Thank you, I’m very proud of my meme game.  STOP THE BULLSHIT

Birth of a Nation…..of Idiots. 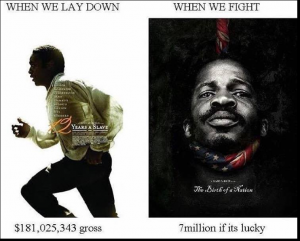 Digest these facts.  The movie didn’t flop.  Black women didn’t sink it.  We turned out more than anyone for this movie.  I was gonna type that the movie was just okay, but that’s not a fact, but you should listen to me anyway.  If you are one of the people still sharing a meme, comparing it to 12 years of getting the shit beat out of you, you are wrong to compare worldwide gross to opening weekend numbers especially if you did not contribute to opening weekend numbers, you watched it on a firestick or jailbroke android box, or you still aint see it, but plan to.  Seriously, in all earnestness, STOP THE BULLSHIT.

Thanks for tuning in Myalogist, while I addressed The Others…..maybe I converted a few.  As Judge Mathis reminds us, tough love is needed.  Its not that I want to be mean to you, I just want you to be great and stop annoying me.

Come back next time so we can discuss something light hearted like Queen Ava’s 13, the election, or the state sanctioned murder of my people at the hands of those sworn to protect them.