Most of Us, Too 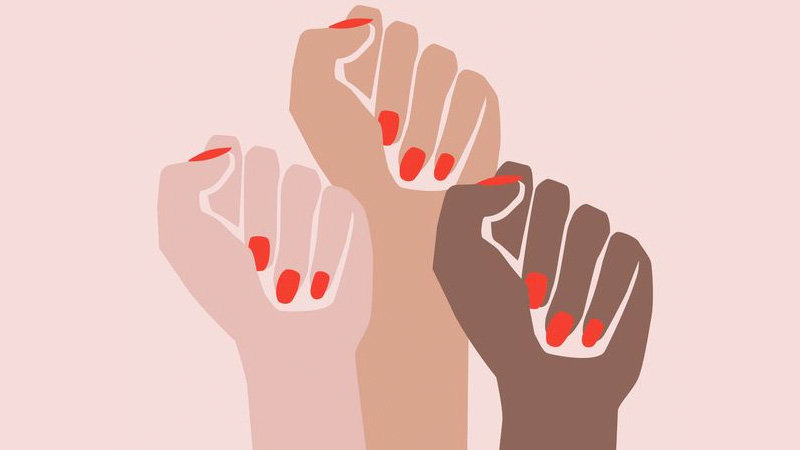 I am a daughter , a niece, a sister, an aunt – to men.  So what you are about to read will not be a full scale indictment on men, but it’s definitely about them, because they are from whom my experiences hail.  Harvey Weinstein, not unlike Bill Cosby, Woody Allen, Bill O’Reilly, and Roger Ailes, and his many many alleged – and you know why I typed alleged – assaults have brought sexual misconduct to the forefront of the cultural zeitgeist.  Whenever something like this happens, we all sit and wonder; some of us, why it wasn’t reported earlier, later, sooner, quicker to the police, their spouses, their human resources department or their friends; and some of us wonder how the rest of us are sitting questioning something they have obviously never been through; cuz honestly, if you knew better, you would do, think and say better.

This morning I joined the #metoo movement, where women from all walks of life, aged sixteen to sixty and poverty stricken to posh ladies who lunch, have recounted their harassment or maybe even rape at the hands of our number enemy, a predatory man.  Waking up to all those hashtagged posts made me recount, not so much my own situation, but the REACTION to my situation.

Earlier this year I was a weekly contributor to a morning radio show here in Chicago.  During one of my earliest segments, which I believe was about Dr. Cosby, I recounted my story.  It involved a co-worker I’d known at that point over 10 years, a beloved one. If I had to guess, I’d say this person was pretty beloved throughout Chicago.  It’d been some time since I’d seen him, so when he invited me to lunch, I happily accepted.  He told me to sit tight, that he was going to get his car and to meet him outside.  About 10 minutes later or so, he pulled up and I jumped in the passenger seat.  We engaged in some light banter and shit talkin – the kind only old pals can have.  Now, we worked in a pretty populated area, with restaurants as far as the eye can see, so when we began to make our descent on to Lower Wacker, I was confused, but not worried.  In fact, I wasn’t even worried when he mentioned that we were driving under a co-worker’s building, to which I replied:

To which he replied:

“Here’s what I know…I need you to kiss me right now.”

What followed wasn’t physical, but it was extremely uncomfortable.  He began to explain how much he wanted me and how much he’d always wanted me.  How his wife was out of town and probably wouldn’t mind anyway. How hot I was.  How many times he had to calm himself down when he saw me.  I was having zero parts of that fuckshit and demanded he drive me back up stairs.  He finally did, after attempting to plead his case.  Once I was back safely in the view of folks, as if a woman can ever be truly safe in public, he meekly apologized and I boldly told him to fuck the fuck off and don’t ever…

So imagine my horror at the reactions to this story, told in an effort to explain, educate, or edify how assault doesn’t have to always be reported and can come from the disheveled man following a woman home from the bus stop or the jock that just wants you to have one more beer before heading to his dorm, a woman can be hurt, and sometimes likely so, by someone she knows and trusts.  BAyBAAAY, believe me when I tell you, them no good ass niggas listening to that show wasn’t having NO parts of it.

A sampling of responses:

“Not sure about Mya’s thinking.” – Kathy

“She’s an example of an angry black women [sic] let me see if I can find Jesus for her.” – Kenneth

“Mya, just answer the question, who goes to the Playboy Mansion for a job interview.” – Shapearl

“Not one woman told a friend, a parent, a family member? They all kept quiet?” – Maurice

“Yes, it’s very confusing…don’t dress suggestively and don’t think no one isn’t going to say something…once he put his hands in [sic] your or take it to another level then there’s a problem.” – Henry (yeah, he wants to put his hands IN you if you dare wear something that tempts his ability to keep his hands OUTSIDE of you)

and then came this, the following week, when I hadn’t insulted their Hero Bill, wasn’t talkin nothing close to nothing about that man when this brain surgeon left this comment.  Yes Ladies and Gentlemen, from Mr. I Dont Believe the Hoes, himself, Jacob…

Why, yes Professor Jacob, that was me talking about getting “took” under “walker.”  I’m not sure why I should stop though.  Does getting in the car with someone I trust mean that I am not qualified as a thinking person with ideas and issues to discuss?  Did I deserve for a friend to come at me so aggressively out of absolutely no where because I accepted his lunch date?  Probably should have fleshed that whole “date” part of “lunch date” more carefully.  Huh?  Dumb me.  Unlike Rex Tillerson and his boss, I am 100% unafraid, unencumbered, unapologetic and unable to NOT call you exactly what you are…a fucking moron.

See Myalogists, this is just a bit of the feedback and the majority of the problem.  Not one caller that day questioned the actions of the man.  No one wondered why he would do that to someone who trusted him, someone that considered him a friend.  But they had all the time and keyboard fingers in the world for me.  And those answers and responses are why friends, co-workers, priests, fathers, athletes, black entertainment icons and powerful Hollywood executives get away with doing so much, for so long.

Ladies, just know, you are not alone.  It’s most of us, too.