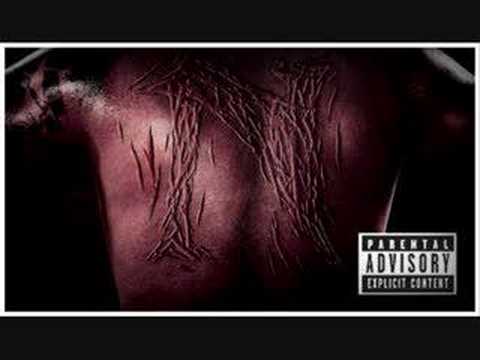 We all saw him.  His gloriously handsome face, spewing forth sentiments not usually seen on primetime television, and certainly not on a station that has been so destructive to the same people  to whom he was  so powerfully speaking. I dont mean to overstate the case, but watching him up there briefly made me feel echoes of what I felt when I watched another gloriously handsome black man command the stage on an unseasonably warm November night in Chicago, with his equally beautiful black family, primed to occupy a supreme position of power.  Pride.  Pure unadulterated pride.  But y’all saw Jesse.  All the think pieces done been thought; all the videos of the acceptance speech been shared and reposted – WE SAW YOU FACEBOOK AND YOUR FUCKT ASS CENSORSHIP ATTEMPTS and “woke bae” was typed ad nauseum.   The intersphere will inevitably move on to the next fauxtroversey or black man in a wig skit, but NOT before doing the one thing y’all and y’alls cousins are so apt, so eager, so ready to do.  Tear him down.  Cuz thats what niggas do.

Three things pissed me the hell off yesterday.  They revolved around the following trite played out ass themes.

Powerful niggatry at its best.  Sigh.

An old negroidian woman, who fancies herself a journalist and beloved fixture here in Chicago (and I suppose to people who still have 8 track players, she is indeed a beloved person) was the latest perpertrator of this fuckshit ass line of thinking, which she felt the need to share on Facebook.  This man was talking about the oppressors of black folks, who have traditionally been the US government and its enforcement units, killing us and getting away with it.  And here she come in all her “im old, but Im hip, hey sistagirl, what it do brothaman” glory, attempting to be radical, but revealing herself to be nothing but an Auntie Ruckus. She had so many lil cousin Ruckuses on the thread “amen-ing” her bullshit too, yall.  I wish I could say I was shocked, but I wasn’t.  Anytime anyone has ANYTHING to say about one of us getting shot down in the streets like a rabid dog, or suspiciously killing ourselves in a jail cell, some nigger will stand up and talk bout how we kill ourselves so how can we expect others not to kill us. 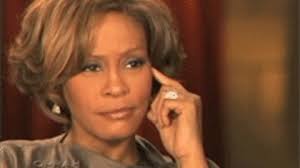 Really?  Is that really what you want to say?  Does your dumb ass really not understand the difference in murder by cop and crime?  BLM and Stop the Violence – these are two separate issues.  How are you walking around without a helmet when you are unable to process the difference in these movements?  They can and should co-exist, but they should NOT be compared.  And lets be really really really real.  Even if peace was achieved in every war torn city across this country and world, the oppressors would still be killing us, cuz they were killing us on the got damn Amistad, when we aint even know what a fucking gun was, so stop with the respectability bullshit.  This person then went on to tell us, what regular folks aint doing in the hood while we applauding Jesse and his sentiments.  Well ma’am. Just like a broke clock, you are wrong a 1,438 times a day.  Alpha’s walking thru the hood.  MASK.  10K Fearless.  Organizations comprised of regular everyday working folks who wanna do better and effect change.  The action this woman offered as proof of her concern, activism and righteousness? She doesnt kill people, which allows them to make it home to their families everynight.  Well guess what dumb ass?  Most of us are doing the same thing you are doing, including Jesse, so maybe y’all got more in common than your dumb ass thinks.  Yeah, I said it! DISCLAIMER:  That is her wack ass catchphrase and not mine…Im way too cool for that.  Also this person has a pic of another Jesse as her FB cover photo; Mr. Jackson if ya old, uncool, ruckusy and think Stella Foster is a real journalist as opposed to simply being the assistant to a real journalist who died, upon which she assumed his position cuz she happened to be standing there and probs knows where some bodies are buried.  Also, she is no longer in that position.  Apparently she retired to give herself more time to write the shit she used to write in her column, on Facebook, FOR FREE.

Y’all only give a fuck cuz he light skinned/handsome.

Jesus H. Christ.  Jesse Williams is a beautiful man.  I dont know him, but it SEEMS his inside matches his outside.  Many people just found out bout “woke bae” Sunday night, but bae been woke waaaaaaaaaaaaaaaaaaay before that.  If you were woke and your third eye wasnt focused on Scandal and the evolution of the sidepiece, you would know that.  But I’m struggling with why his level of attractiveness is being used as a point of detraction.  If he stood up on that stage looking like whoshotjohn, and said the shit he said, I’m willing to bet the reaction would have been the same.  Kendrick Lamar isn’t an obvious sex symbol – he dont look shit like Woke Bae but didn’t your heart beat proudly at the sight of this? 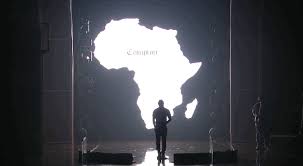 Thought so, so miss me with that handsome bullshit.  And while I’m angry, as if I exist in any other state, what the fuck is you people’s problem with light skinned black folks? Seriously.  WHAT. THE. FUCK. IS. YOUR. PROBLEM. WITH. LIGHT. SKINNED. BLACK. FOLKS.   We aint legit?  Only value we have is how light we are?  Nothing we say or feel is important because our ancestors were raped on that plantation more than yours? You mad about that?  You still wanna draw lines of division between us because of that?  Cuz let me tell you something…its the person that PERCEIVES themselves to be in the lower position that has a problem with the person THEY perceive as being in the better position.  I aint never in my life heard a light chick say, she think she cute cuz she dark, but if I had a penny for every time I heard the reverse you would be watching me say this on the Myalogy Media Network as opposed to this blog subscribed to only by my momma and my 12 cousins.  A misguided soul tried to connect Dick Gregory to Jesse Williams in a classic Dark vs. Light/Ugly (i guess) vs. Handsome frame.  SERIOUSLY my dude?  He posited that Dick Gregory has been saying this for years, but no one cared.  Sir.  I don’t want you to sit down, I want you to shut up. And if you are reading this you know I want you to do just that cuz I told you fiftylevenhundred times yesterday.   If Mr. Gregory was awarded a humanitarian award from a questionable assed network and went to accept and gave as stirring an acceptance speech, he would have been plastered all over the internet and a new legion of Dick Gregory fans would have been birthed. But that aint happen…and it has nothing to do with how either of them looks.  Lenny Bruce was a brilliant comedian and just cuz people aint walking round touting his greatness everyday all day, that doesnt take anything away from the comedians who perform in the same spirit.  Its a function of the internet and the 24 hour news cycle.  That’s it.  That’s all.

No one watches BET.

Against my better judgement, I responded to that old negroidian woman’s post I mentioned earlier in this piece.  She REALLY got under my skin, and since I am sometimes unable to steady my fingers, the following ensued.

And that’s all I have to say about that.

Again, there was powerful niggatry at work yesterday y’all.  My hope for us is that we don’t fall victim to it and can stay or become, woke as bae.