The Day My Music Died 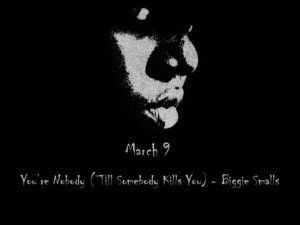 (one my my earliest Facebook notes….precious in its infancy)

TWENTY years ago today, I woke up screaming. I remember it vividly cuz it was my JFK moment. I fell asleep the night prior with the channel tuned to MTV, and awoke to a breaking news alert…Kurt Loder came on and said…Rapper Notorious BIG was shot and killed last night…………..

I jumped out of bed, racing around my dorm room frantically looking for a phone, (this news pre-dated my accessibility to laptops, facebook, twitter and whatever else would have allowed me to double and triple check the news.) I need to talk to someone anyone, I just could not be alone. Unfortch the news came so early that no one was answering their phone. I sought solace in the one place I could think of, where I knew my devastation would be shared…I went down to my boy, Ceelo’s room, a true NooYawk nigga. I knew he would understand.

See Big came about at a time of great transformation for me. I’d spent the last twelve years with the same folks in the same city, my city, my hometown – Chicago. We were super caught up in Snoop and Dre, (gthangin and gettin high) having been snatched by them from the tight grip of the East Coast Boys we grew up on… RunDMC, Big Daddy Kane, LL, Hev, Tribe, Pre-West Coast Pac…(SIDEBAR: there are many that no me and think I aint got no love for pac…wrong I can never forget the feeling I got the first time I heard the baseline of “Violent” beatin in all the blazers the dopeboys was pushing then, plus Hit’em Up is the BEST dis song of all time…ironic, I know.) Biggie came thru like a tornado for me, takin me back east where I was headed anyway…the ocean kissed shores of Hampton University…..he ushered the rebirth of the east coast that perfectly mirrored my rebirth. My intro to boys in timbs and different accents…swagger before I knew what it was.

My attraction to him was both instant and undeniable, all I wanted to do was hear his music, take in his cadence, laugh at his puns, marvel at his ability. His voice grabbed hold of me and never let me go….from the opening intro “come on push, push harder…you did it baby!” to the outro, “im sick of niggas talkin, I sick of bitches hawkin, matter fact Im sick of talkin”, THAT NIGGA HAD ME OPEN.

Music was never the same for me. I realized that things done changed, he was telling the industry, “Im here now gimme the loot!” and he was gone use his machine gun without warning to get it. He aint give a fuck cuz he was ready to die, and he wasnt givin your ass one more chance to get with HIS program. WHAT? You heard him right. Wit that juicy sounding mouth, he was saying, “listen to my everyday struggle. My shit is crazy, my baby even got killed behind this shit. Oh, you aint know, oh well, you aint gone believe this one bout me and my bitch!….ahhh, but I digress….my big poppa is gone, but never forgotten he gets all my love and respect as an artist, lyricist, rapper and constant spins in my ipod….In interviews he seemed so funny, cool and fly, I just know if I met him he would have been a friend of mine….Its unbelievable that he’s been gone for 20 years. A lot of times I tear up when I think about him, and how he was snatched from the world so soon. Nah, I ain’t over here havin no suicidal thoughts but to this day it hurts like hell, I miss him, and want him to hold a back from the dead concert.

Don’t We look good together? 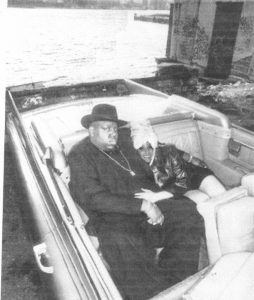