A Requiem for Print 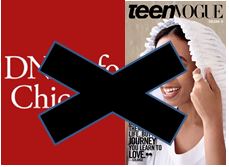 I read, therefore I write. – Mya

Now you can interpret the word “read” in the above as past or present tense, but the fact is, the only reason I ever developed a love of writing is because I read first. My mother was an educator on the south side of Chicago for over 30 years and aside from shaping the mind of one future fly ass first lady, she shaped the minds of her children.  My brother got the numbers gift, I got the mastery of words.

Weekly my mother would take us to the Beverly Branch of the Chicago Public Library and I would roam the stacks for hours.  The new Babysitter’s Club or some YA novel that had some girl looking forlornly at a guy not paying attention to her on the cover were enough to transplant me to another world.  She also made sure I had plenty of magazine subscriptions.  There were always magazines our house.  Blacks folks twin pillars of journalism, Ebony and Jet had a permanent home on her coffee table.  US News and World Report,  Newsweek and Time got a limited appearance before they were trashed after reading.  After I got too old for Highlights, lol, I started getting Omni, a science mag.  After I got too cool for Omni, I started getting Sassy and YM.  While all this magazining was going on, I was a voracious reader of the Chicago Sun Times.  Columnists Michael Sneed, Richard Roeper, Robert Feder, Omarr Starr (i think) and Kelz’s favorite journalist Jim DeRogatis all played major part in formulating my world view – especially snarky ass Richard Roeper, who I ended up having the pleasure of working with and telling how much he impacted me.  Once I went through my political awakening, I subscribed to a magazine that included all my loves and passsions, pop culture, celebrity news, and politics…the dearly departed George, helmed by John F. Kennedy Jr.’s dearly departed ass.  When he died, so did the magazine. I was sick for months, over both losses.  I still have that last edition of George – with his handsome ass peering out from the afterlife and its cover – it’s hanging over my….anyway….the point is, I love print journalism.  I love it so much that yesterday’s suckerpunch in a very long dirty fight left me verklempt.

I awoke to the news that Teen Vogue was folding its print edition.  Now, you are asking why I would be reading Teen Vogue when I am <redacted>  years old.  Well, I’m looking at your ass wondering why you were not.  Helmed by the magical black girl, Elaine Welteroth, Teen Vogue was DOING WERK.  During this last shammockery of a campaign season, those people lead the charge on the most important issues of the day.  With Titles like the hard-hitting “Donald Trump is Gaslighting America” by Lauren Duca, the young magazine was gaining the accolades of many, including celebrated journalist Dan Rather.  I was so impressed with the job they were doing, I got my 13 year old cousin a subscription.  The morning her mom sent me a picture of her laying on the couch reading the mag, I felt like a proud fucking parent. But cash is king and Conde Nast, Teen Vogue’s parent company is bleeding it, so budget cuts win the day.  It lives on digitally, but its not the same as the joy I feel turning actual pages.  I guess my joy is over.

Tried as I may to go on with my day, as if another piece of me hadn’t die, I was stopped dead in my tracks at the next piece of news.  DNAInfo, damn near the heart and soul of the Chicago news scene was shuttering its operations at the very moment I was reading it.  Just moments earlier Andrew Herrmann, senior editor of the publication, was standing in our newsroom discussing his next appearance, blissfully unaware of the way his life and so many lives were about to change.  And I mean that literally, reporters were actively working on stories when their systems were like, “NOPE.” Unlike the two, excuse me, one newspaper here (The SunTimes is now a pamplet), there wasnt a SouthSide/NorthSide bias.  The folks over at DNA were dedicated to reporting on the entirety of the city….down to and especially, the neighborhoods.  It broke stories like how CPD Officers purposely damaged body cams.  It broke stories about local heroes like Jahmal Cole, of My Block, My City, My Hood, which lead to me booking him at my news operation.  I’d argue that many local news outlets and content creators checked the pages of DNA while building their shows and social media posts.  Brought on by the desire of the writers to unionize, Joe Ricketts, shuttered the beloved operation because, as he stated, “DNAinfo is, at the end of the day, a business, and businesses need to be economically successful if they are to endure.” Sigh.  He’s right, but sigh.

Life is change.  It is the only thing that is constant in life….and maybe technology.  Technology persists….taking away so many things, civlity, actual conversations, empathy, phone calls, brick and mortar businesses and print publications with it.