Just Cuz You Got Miseducated….. 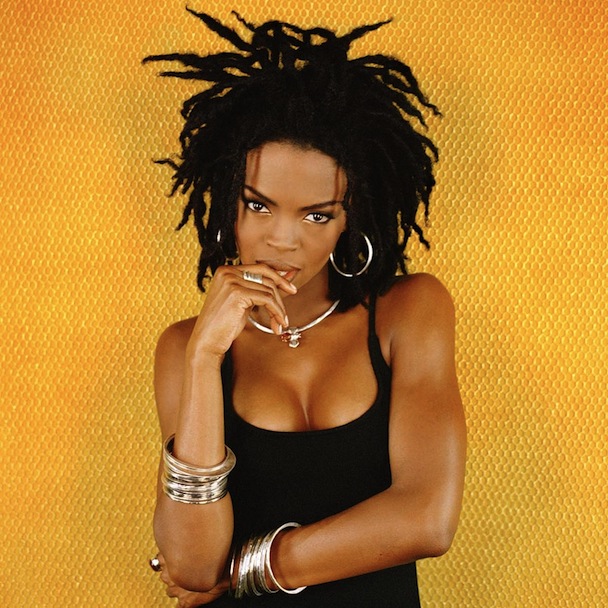 I don’t really care about Nas.  Wu-Tang neither. HATE KRS-ONE.  Hate him. I stopped being friends with a person that MADE me watch The Matrix more than one time.  Game of Thrones mania escapes me.  Does anything different actually happen on the Walking Dead – aside from Run, Kill, Survive, Get eaten?  So Chipotle IS worth getting sick and possibly dying for?  Mkkkkkay.  A lot of shit people think is great; I just don’t really care about or find it horrible.  But, one of my closest friends in the world is a SUPER NAS fan, SUPER.  We spent many workdays in his office discussing the GOAT’s identity.  There is an obvious answer, but I don’t feel like fucking any of you up right now, so, I’m gonna digress.  Again, my boy was a Nas fan, and had been a really great friend to me, so when his birthday rolled around and Nas was gonna be in town, there was only one thing to do.  Excitedly (I love buying gifts/surprising folks) I went to the Ticketmaster……and saw who was gonna be there with him:  The Artist Formerly Known as “This Chick is Doper than Ladybug.”  Lboogie what dey call her.

I was not pleased.

I’m not gonna act like Lauryn changed my life in any MAJOR way.  I came of age a little before her time and Mary had already laid claim to my maturation.  Blunted on Reality and The Score were really dope albums.  “Some Seek Stardom” WAS MY SHIIIIIIIIIIIIIIT. Rewound, yes kids, the hell out that tape at the conclusion of that song.  She was a beautiful chick, talented beyond measure, holding her own with the fellas. (HEY MIRROR!)  Then she dropped that got danged album, that gorgeous lush masterpiece.  I aint care she told yall to stop wearing weaves.  But I did care that her and Mary tore some wack ass dude to shreds.  And that she had a joy in her life called Zion.  And that she wanted to tell him to let her be patient and to let her be kind and to make her unselfish without her being blind.  I cared.  Lawd, did I care.  I even cared about the follow up – 20 tracks of the same song.  Cried like a baby to that album.  Why?  I dunno.  Probs cuz she was crying thru the entire thing.  Sadly, it was pretty much all downhill from there.  Missed performances, erratic appearances, jail, NO MUSIC, lawsuits, chick started being late for everydamnthing she could.  Still I bought the tickets for the concert and hoped against hope – slightly excited at the prospect of seeing them perform “If I Ruled the World”.

NAS came on – ripped it (I guess, my friend looked happy) – he did sing his songs with Amy Winehouse, which was enough for me.  He performed first, which I’m guessing he was not planning to do, being the headliner and all, but….yall know why.  Wrapped up his tight lil set and took his leave.   3 days later, she emerged, clearly not herself, singing songs foreign to our ears, and from the looks on the confused faces of her background singers, foreign to their ears as well. 10 minutes later, we left.  As we walked down the street, he said to me “I wished she sang ‘Ex-Factor.’  It broke my heart to tell him that she did.  It was just unrecognizable.  Never again.  NOT EVER will I pay to see her.  A free concert would be a tough sell for me.  So when Amissah, hit me so full of life and asked “Lauryn?  Ravinia?”  I couldn’t curse her ass out quick enough for asking me such a dumb ass question.  And bout a month later, Lauryn proved me right.  She kept fans waiting in Atlanta over two hours, to watch her “perform” after spending their hard earned money on Groupon tickets to see her NOW wack ass.  (click the link. I aint lying.  You can also find lil Kim tickets there. Okay, now I’m lying.). I heard the performance was dope, but short due to time restrictions at the outdoor venue.  A video posted on social media saw a fan taking her to task about her lateness.  She told him her driver got lost.  He said “bitch, you were at the 4pm sound check.  I heard you.  I live across the street.  Fuck you.”  I made up part of that, but that’s what he really wanted to say.  Or that’s what I would have wanted to say.  The sound check and him living across the street is for true.  Atlanta is as big as your thumbnail and if you live mentally or physically in 2016, which is questionable about her, and have GPS, it’s even smaller.  You can’t get lost.  People were admittedly outraged and took their voices to the world wide web, which prompted her to respond in kind.

From Ms. Hill’s Facebook:  “I don’t show up late to shows because I don’t care. (Seems that way.) And I have nothing but Love and respect for my fans. (This is a lie.  ‘Memba the House of Blues in Chicago? You don’t owe us anything.  ‘Memba, Lauryn.  Guess we should be thankful and grateful you were only 1.5 hours late that time.)  The challenge is aligning my energy with the time, taking something that isn’t easily classified or contained, and trying to make it available for others.” (WAIT, JUST A FUCKIN MINUTE)

You telling me, I, who must work for my money, need to extend patience to you for you to align your energies in order for you to appear somewhere you charged me my aforementioned money to see you? How bout dis? Wait til your on/off switch is set to on.  Get open, rested, do whatever you need to do to feel “sensitive and liberated” then do a free concert in the park and promote it on Facebook.  Don’t sell tickets and waste my time and money, muthafucka.  I’m over being miseducated by you.