The Loss of A Legend 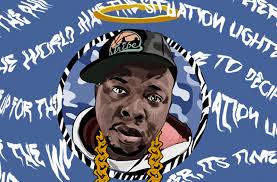 Without any further adieu, ado, adew…Brendan?

“I’m all that and then some, short dark and handsome/ bust a nut inside ya eye, to show you where I come from……. –Phife Dawg

We lost another hip hop legend on 3/23/16 from arguably the greatest hip hop group of all time. Phife Dawg aka the five foot assassin (Malik Isaac Taylor) was the street in A Tribe Called Quest. This little dude brought an epic flow with his high pitched voice and unique metaphors. This one right here, is personal for me. See this group in my mind was THE greatest hip hop group of all time. Not because of record sales, not because of Grammy’s or street cred. This group was the epitome of Hip Hop to me in the Golden Era of hip hop.  They kicked mad flows, had dope beats, wore the flyest gear and spoke about things I as a 16 year old kid could relate to.

I remember listening to “The Low End Theory” and thinking these dudes are dope. No raps about drugs or cars or girls, but about life. Beats, Rhymes and life! (See what I did right there). Phife had the dope custom jersey’s (The Seton Hall joint was banana’s), and the illest skills in the group. “I like my beats hard like two day old shit……” WHAT!!?? Gritty videos on the streets of New York made me like these cats even more. It looked like my block. They wore what I wore. I wanted to do a video on the rooftop of the cleaners on 47th and Indiana because of these dudes. No hype man, no huge entourage, just skills.

Back then hip hop didn’t make you see the artist as entertainers, but as cats you knew, or cats who your boys knew. They spoke about things we did. Damn right I made sure that “before I get the butt the Jim must be erect!” Now I’m sure my mom wasn’t feeling that last line but my boys loved it! Tribe called Quest wasn’t pretentious, made up, (Phife and Q Tip met at the age of 2) or planted by the major labels. They were just two cats and a DJ with skills. And my generation respected that more than anything. And speaking of skills…………

Phife Dawgs so called coming out party was “Bugging Out” on their second album “The Low End Theory”. This album was special to me because I grew up in what is called the Low End of Chicago. But this was the first time we heard Phife really display his skills on the mic.” Yo, microphone check one, two, what is this? The five foot assassin with the roughneck business/ I float like gravity, never had a cavity/Got more rhymes than the Winans got family” You know how many rhymes this cat must have to have MORE rhymes that the Winans got family? That’s a big ass family! Take THAT Drake!

Unfortunately, fame, money, ego and “The Industry” sent A Tribe Called Quest through a myriad of issues. The group broke up after its fifth major label album and it was never the same after that. Phife Dawg was well documented as a diabetic and struggled with the disease. Q Tip moved on to do solo projects but never reached the heights of his former group. Ali Shaheed, probably the least heralded member of the group, did what most DJ’s do, continued to spin records.

Fast forward to 2008 and Phife underwent a kidney transplant due to complications from diabetes. His wife was the donor and it seemed like Phife was on his way to better health and maybe even bless us with A Tribe Called Quest reunion album. But you can’t catch lightening in a bottle. You can’t recreate the past. While the group did shows and toured, partially to help Phife with medical bills, it was never the same.

This is indeed the end of an era, one of the greats has passed and not from gun violence, but from complications from medical issues we’ve known about since day 1. It’s a bit surreal and almost unheard of for hip hop entertainers in this day and age.

Ohh and in case some young kid is reading this like “So what, he was just an old rapper”. Dude if it wasn’t for this cat and his group, you wouldn’t know who Busta Ryhmes is………..Respect is due! RIH Phife Dawg.

A-yo Bo knows this (what?) and Bo knows that (what?)
But Bo don’t know jack, cause Bo can’t rap
Well what do you know, the Di-Dawg, is first up to bat
No batteries included, and no strings attached
No holds barred, no time for move faking
Gots to get the loot so I can bring home the bacon
Brothers front, they say the Tribe can’t flow
But we’ve been known to do the impossible like Broadway Joe so
Sleep if you want NyQuil will help you get your Z’s, troop
But here’s the real scoop
I’m all that and then some, short dark and handsome
Bust a nut inside your eye, to show you where I come from
I’m vexed, fuming, I’ve had it up to here
My days of paying dues are over, acknowledge me as in there (yeah!)
Head for the border, go get a taco
Watch me wreck it from the jump street, meaning from the get-go
Sit back relax and let yourself go
Don’t sweat what you heard, but act like you know – Scenario 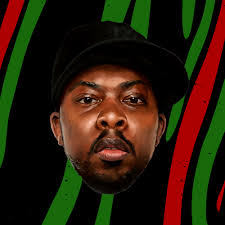